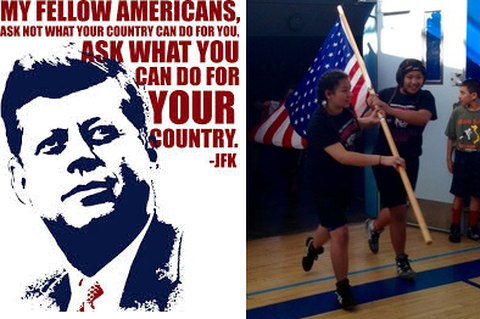 The Springstowne Wildcat Wrestling Team has won many accolades on the wrestling mat , yet has refused to stop there. Their goal is to bring positive light to the campus at Hogan Middle School, which extends into the community of Vallejo, throughout the State of California, all across the United States and even on a far reaching global scale...Take a look at some of their activities which have taken place here at home and abroad!!! 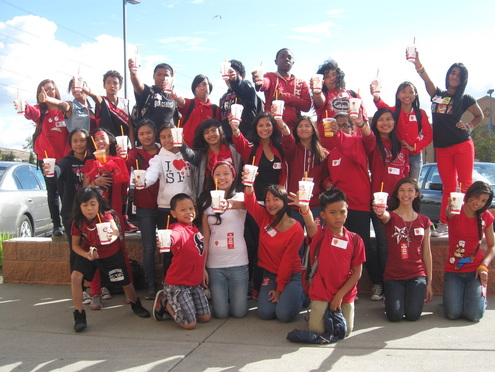 We teamed with Vallejo's Team Tennessee, Springstowne's Wildcat Wrestlers did their part to promote anti-drug awareness and the importance of community as they did beautification cleanup and tied red ribbons along their 2.5 mile stretch of Tennessee Street in October of 2008!!!

Since 2011 our cleanup encompasses our new Hogan campus and the bordering streets of Rosewood and Georgia. 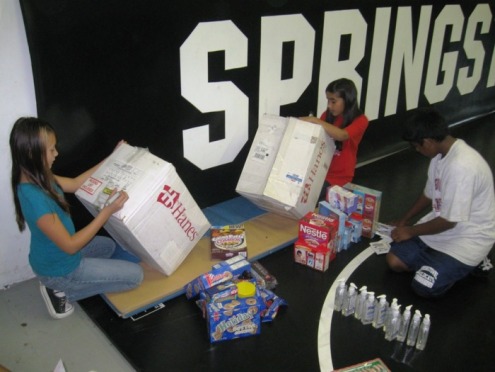 In 2008 the Wildcats banded together to collect 45 pounds of Christmas goodies and a number of cards for care packages to send to our brave troops stationed in Afghanistan and Iraq through American Canyon Troop Support!!!

CLICK HERE
To See A Pic Of Staff Sgt. Bombita's Thank You Address

Inaugurated in September 2011 by the Springstowne Wildcat Wrestling Academy, the mission of this Goodwill exhibition is: 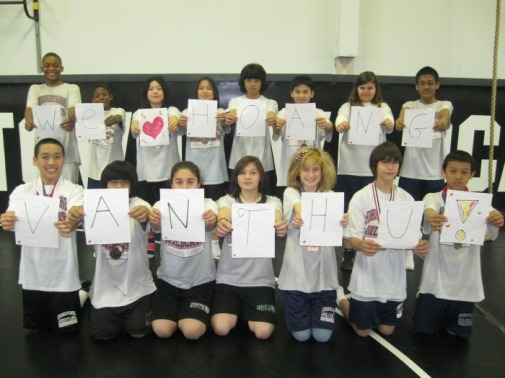 Our team has reached out across the Pacific Ocean to assist in the building of Hoang Van Thu Junior High School in M'Drak, Vietnam. On March 3, 2009 we hosted the Inaugural Hoang Van Thu Classic, dedicated to Coach Guiducci's father Vietnam Veteran James Guiducci, which serves to benefit the school. Our kids have also written letters to the students and created Youtube videos with hopes of establishing lasting
friendship.       Click Here To See The LiXi Project

The mission through the DOVE Fund is designed to...
-To provide humanitarian and development assistance to areas in Vietnam.
-To promote communication, education and cultural exchanges that reflect the best qualities of both cultures.
-To create an environment brightened by hope and sustained by peace.

CLICK HERE
To See The Pictures Of The Building And Dedication Ceremony Of Hoang Van Thu!!! 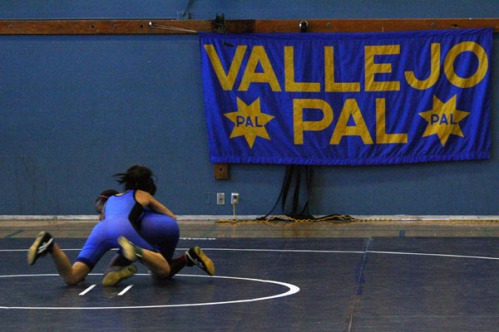 The Springstowne Wildcats and The Vallejo PAL joined forces to Inaugurate the Vallejo PAL Fall Wrestling Classic in the Fall of 2008 to help fund and promote the growth of wrestling at the grassroots level in Vallejo!!!

The two organizations co-hosted six Fall Classics between 2008 and 2013. 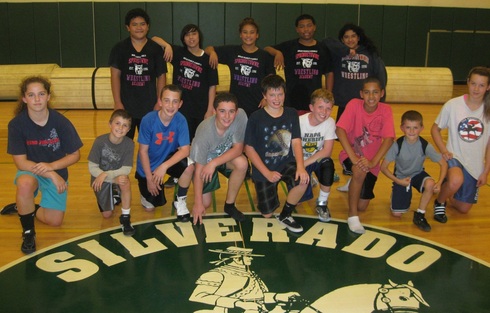 Over the course of three weeks in October of 2012, a handful of Wildcat wrestlers traveled to Napa to assist Silverado Middle School, who was establishing a new program.

The Silverado Dons were coached by James Guiducci, who is the brother of our coach Jason Guiducci.

Our Wildcats encouraged the program's new wrestlers by educating them about the sport through teaching technique and wrestling drills. 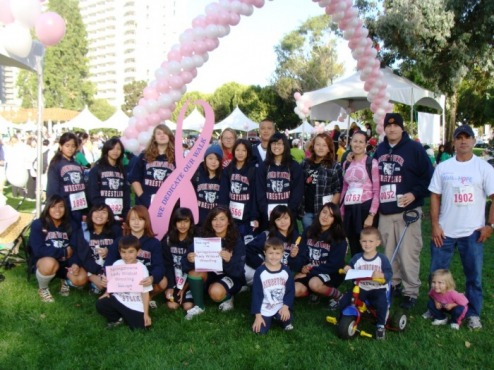 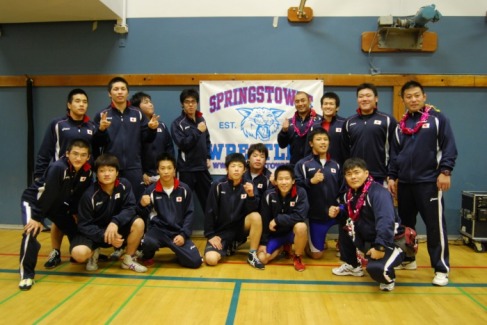 The Springstowne Wildcats hosted the Japan National Exchange Team in Vallejo, where they were warmly received as guests by our community and led on local tours by our wrestling staff.

On the mat they shined in a friendly exchange dual meet with a local all-star team comprised of wrestlers from Hogan, Bethel, St. Pat's and Marin Catholic.

The group was taken by Vallejo's vibrant and diverse community. Coach Kenji Koshiba said, "When our kids return to the United States, they would like to come back to Vallejo. 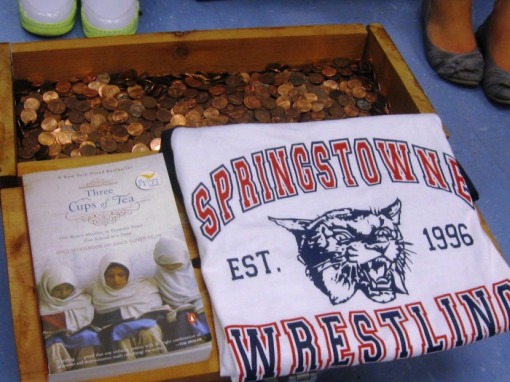 Great Job Wildcats!!! For our 9/11 Day Of Service, we collected $450 for Pennies For Peace. The event is designed to heal the wounds of September 11th by creating a positive relationship and supporting education in Afghanistan and Pakistan through the Central Asia Institute featured in the book Three Cups of Tea!!!

Lady Wildcat Harneet Sandhu donated her empty jar and the Wildcats have collected an additional $72 by simply picking up any stray coins they may come across. 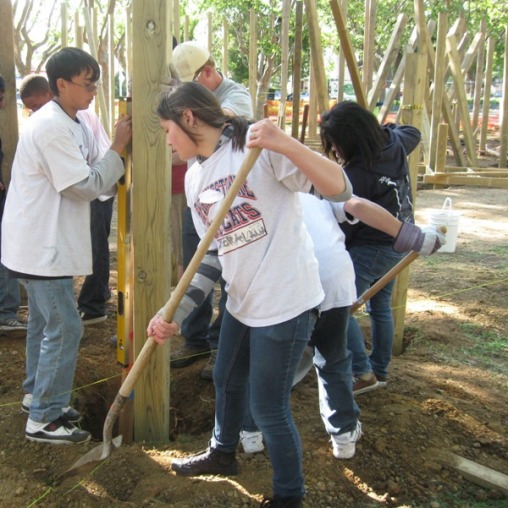 The Springstowne Wildcats converged on Vallejo City Park, which is the oldest City Park on the West Coast dating back to 1868. The team offered up it's services and lent a hand prepping materials, digging postholes, placing posts and mass clean-up just to name a few. Our team was part of what the Vallejo Times-Herald stated was "...the beginning phase of a plan for Vallejo residents to retake historic City Park with a five-day construction of a playground complex."

CLICK HERE
To See The Vallejo Times Herald Audio Show About The Event!!!